Alstom has delivered the first of 60 Citadis X05 light rail vehicles (LRVs) to Transport for New South Wales (TfNSW) in Sydney, Australia, as part of the CBD and South East Light Rail project. 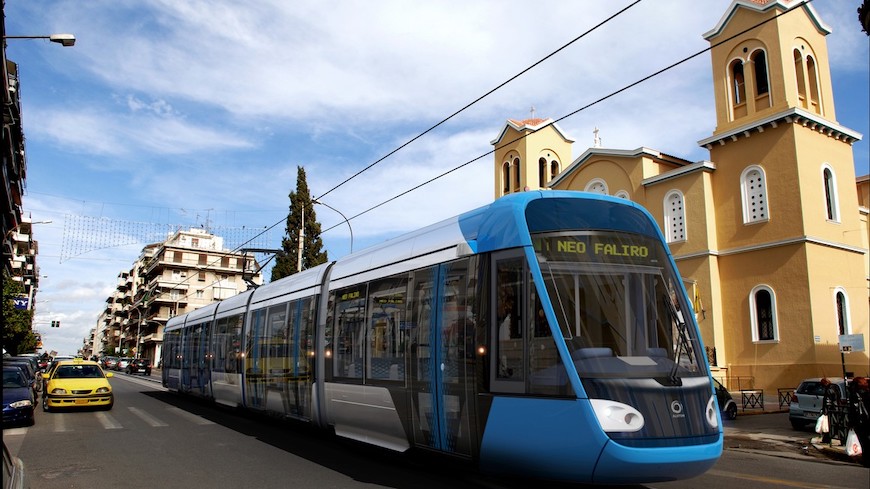 Sydney is the first city in the world to receive the Citadis X05 LRV, which will provide a world class, modern transport solution to meet the needs of the growing city.

Designed by Alstom and assembled at its centre of excellence in La Rochelle France, the Citadis X05 is the latest evolution in Alstom’s LRV range. The new vehicles will provide considerable benefits for the city of Sydney by reducing the dependency on motor vehicles and buses, reducing greenhouse emissions and noise pollution. Each LRV will operate in a 67-metre couple set which will have a capacity of up to 450 people, equivalent to up to nine standard buses. The network will have a capacity to move up to 13,500 passengers per hour, which will ensure less congestion on Sydney’s roads and more reliable travel times for commuters.

Passengers have been placed at the heart of the development of this new vehicle, with the emphasis on on-board mobility and comfort. The LRVs include double-doors for improved access and passenger flows, large balcony style windows, multi-purpose areas, ambient LED lighting and the highest levels of customer safety including CCTV  monitoring, emergency intercoms and the latest wayfinding aids for passenger information and real time travel information.

The impact to the environment will be minimised through increased energy efficiency achieved by the use of electrical braking, permanent magnet motors, LED lights, sensor-based air-conditioning and the use of water based paints and non-hazardous materials for construction. Each vehicle is 98% recyclable at the end of its lifespan (30 years).

The new network power supply equipment includes Alstom’s innovative APS technology – a wire-free, ground based power supply that will operate along two kilometres of the alignment through the centre of the City. The network will also benefit from the application of Alstom’s HESOP reversible substation technologies which enable the LRVs to recover more than 99% of the energy usually lost during braking. The recovered energy can be re-used to power other vehicles running on the same line, or injected back into the network.

Currently, more than 50 cities worldwide operate Alstom’s Citadis light rail vehicles. The Citadis X05 model has been produced first for Sydney but will also soon be rolled out in other cities including Nice and Avignon (France), and Kaohsiung (Taiwan).

Testing and commissioning of the LRVs will take place in Sydney later in the year.