CAF has signed a contract with Transport for London (TfL) for the design and manufacture of 43 new driverless metro trains for the Docklands Light Railway (DLR). 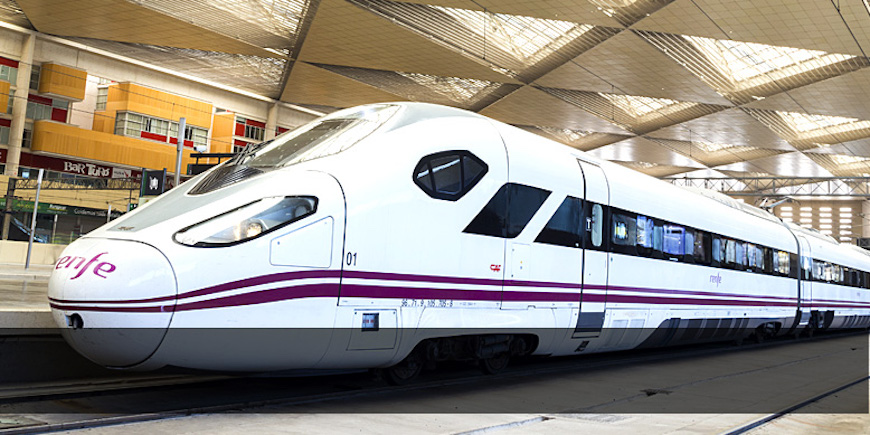 The Spanish rolling stock manufacturer will deliver 43 modern five-car metro trains. Of these, 33 will replace the existing trains on the DLR, while the remaining ten will delivery improved capacity and frequency on the 38km line. The trains currently in use for the DLR are almost 30 years old. The DLR clocks up more than 400,000 passenger journeys a day on weekdays, making it one of the busiest lines in the United Kingdom.

“The additional capacity the trains will deliver is essential to support further growth beyond that already permitted, particularly in parts of the Royal Docks and the Isle of Dogs where the DLR is the main transport option.”

TfL also says that the new trains will enable a greater number of direct services to “the growing employment centre and cultural hub at Stratford”.

The first trains in this order will enter service in 2023.

The new trains for the Docklands Light Railway will be similarly long to the three-car trains that currently run on the line. However, they feature a number of improvements. For example, the new CAF trains will contain real-time travel information, both audio and visual. They will also come with air-conditioning, phone charging points and multi-use areas for passengers with bicycles, wheelchairs and pushchairs. The DLR stands out in London as being fully step-free already.

“We are delighted to be awarded such a significant contract by Transport for London to supply trains for the UK’s busiest light railway.

“CAF’s metro vehicle design is ideally placed to meet the specific demands of this unique operation, not only increasing passenger capacity, but delivering the very latest in comfort, convenience and safety for passengers. These trains will support the Mayor of London’s Transport Strategy to make London a greener, more accessible place to live, work and visit as well as supporting new jobs and homes.”

“Replacing the oldest trains on the DLR and introducing a new modern fleet will ensure the railway continues to support the current and future growth in the Docklands area.  With walk-through carriages, real time travel information, air conditioning and mobile device charging points, the new trains will provide customers with a more comfortable and reliable service, replacing rolling stock that are nearly 30 years old and coming to the end of their operational life.”

Upgrading the trains on the DLR is a central aspect of Mayor Sadiq Khan’s Transport Strategy for the capital. It entails making London greener and more accessible. This investment will contribute to the Mayor’s aim that 80 percent of all trips in London will be made by public transport, cycling or walking by 2041.

The modernisation of the DLR is a key part of the Mayor’s Transport Strategy to make London a greener, more accessible place to live, work and visit as well as supporting new jobs and homes. The investment in improving public transport will help reduce reliance on the car and contribute to the Mayor’s target of 80 per cent of journeys made by public transport, cycling or walking by 2041.