Groupe des Partenaires pour la Mobilité des Montréalais (PMM), the Alstom-led consortium with SNC-Lavalin, has signed a contract with CDPQ Infra to deliver a complete automatic and driverless light metro system, including rolling stock and signalling, as well as operation and maintenance services, for the Réseau express métropolitain (REM) project in Montreal, Canada. The total contract is worth approximately €1.8 billion (CA$2.8 billion): Alstom’s share is estimated at €1.4 billion (CA$2.2 billion) and SNC-Lavalin’s share is estimated at €400 million (CA$600 million). 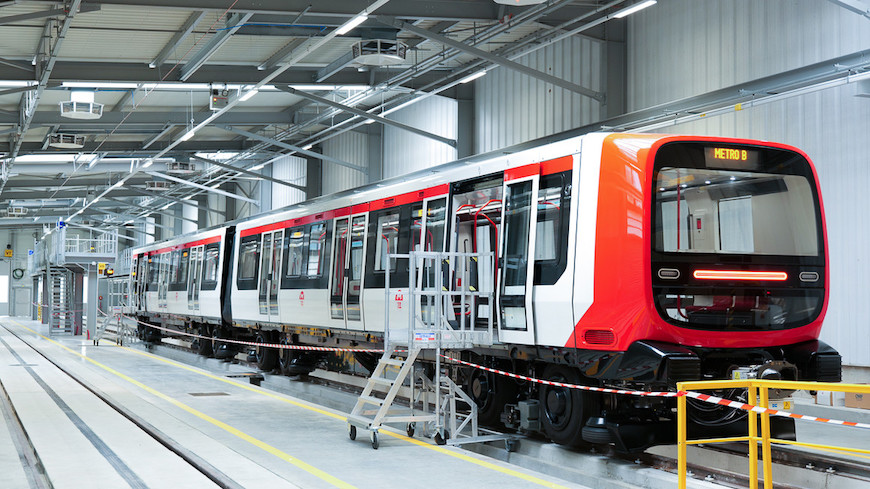 Upon completion, REM will be one of the world’s largest automated transport networks - 67 km long with 26 stations - connecting downtown Montreal to the South Shore, the North Shore, the West Island and Pierre Elliott Trudeau International Airport. Under the terms of the contract, Groupe PMM will supply 212 Alstom Metropolis metro cars (106 two-car trainsets), Alstom’s Urbalis 400 driverless and automated communications-based train control (CBTC) and Iconis control centre solutions, as well as platform screen doors, Wi-Fi connectivity, and 30 years of operations and maintenance services. Groupe PMM is also responsible for train and system integration tests and depot equipment supply for train maintenance. The start of commercial service on the first segment of REM is expected in summer of 2021.

Groupe PMM’s partners will leverage their long established local Canadian expertise and international experiences in Vancouver, Ottawa, Singapore, Panama, Dubai, and Riyadh to deliver the REM project. During the construction and the 30-year operations and maintenance period, Groupe PMM will create permanent, high quality, new and technology jobs locally, notably in the areas of automated system experts, rolling stock mechanics, control centre regulators, maintenance operators and control system specialists. Groupe PMM will also create jobs for local suppliers that will contribute to the project not only during construction period but also during the 30 years of operations and maintenance. Of the overall economic activity generated by Groupe PMM, 67% of the investments will be in Quebec.

Furthermore, the REM project will lead to the creation of an Alstom global centre of excellence in Montreal for the research and development of integrated systems of control in urban mobility. This centre will bring together approximately 100 professionals who will be tasked to leverage Montreal’s expertise in advanced digital technologies and artificial intelligence to develop solutions that will be used in Alstom projects worldwide.

“We are honoured that CDPQ Infra has chosen Groupe PMM for this major public transit infrastructure project that will not only positively impact mobility in the Greater Montreal area, but will also create 250 direct, long-term jobs in Quebec, with peak local employment reaching 350 jobs”, said Jérôme Wallut, Senior Vice-President of Alstom in North America. “Piloting the project from Montreal, our team understands first-hand the city’s transportation needs and is eager to introduce our latest generation of proven train and signalling solutions that maximize system reliability, performance and capacity, as well as passenger experience.”

“To be selected to work on a project of this magnitude is a testament to the excellence of our Infrastructure sector, more specifically, our global Rail and Transit expertise and our extensive experience in operations and maintenance, said Neil Bruce, President and Chief Executive Officer, SNC-Lavalin Group Inc. In fact, one of the economic and community benefits of this project will be the creation of operations and maintenance jobs in and around the greater Montreal area.”

Alstom currently employs more than 400 people across Canada. This presence will be reinforced and sustained by the execution of the REM project. Alstom has operations in Montreal, Quebec, and Toronto and Ottawa, Ontario, as well as on its industrial site in Sorel-Tracy, Quebec. Alstom’s site in Sorel-Tracy, whose workload will be ensured for at least the next two years, is dedicated to the production of bogies for projects both national and international, such as the Montreal metro, light rail vehicles for Ontario, and recently added projects for Chile and the United States.