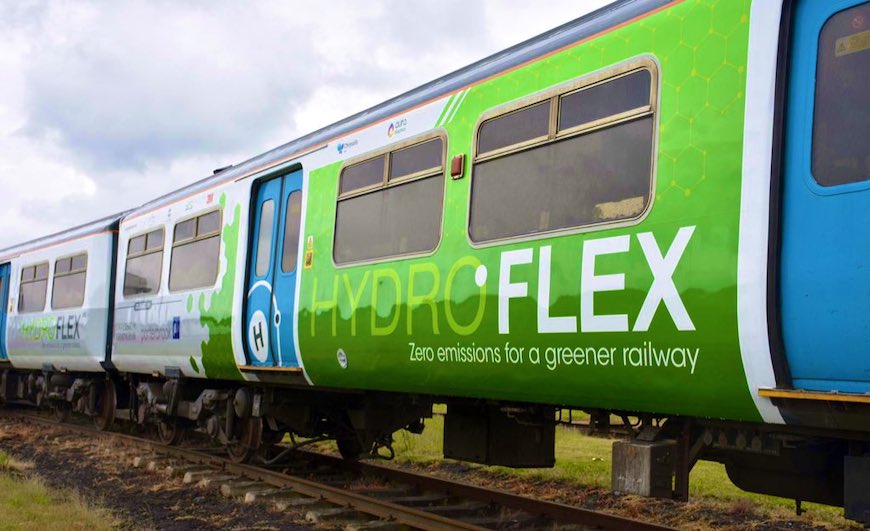 The UK’s first hydrogen train, HydroFLEX, is set to be tested on the mainline railway following a successful proof-of-concept.

Testing was announced by rolling stock asset management company Porterbrook and the University of Birmingham’s Centre for Railway Research and Education (BCRRE), the co-developers of the project.

The HydroFLEX pilot includes installing a hydrogen powerpack to an existing Class 319 electric train. The prototype is designed to operate on conventional electrified routes and on the non-electrified sections of the rail network.

Mainline testing of the HydroFLEX will serve as a key step in the development of a hydrogen-powered train, as the UK aims to withdraw all diesel-only units by 2040.

Porterbrook CEO Mary Grant said: “Sustainability and innovation are integral to what we do here at Porterbrook, and so we are tremendously proud to have played a key role in designing and building the UK’s first hydrogen train.

“This is a first test but we are excited about being in a position to provide HydroFLEX as a viable offering very soon.

“Britain’s railway has a key part to play in reducing transport emissions and we are committed to helping our customers play an important role in delivering this.”

A number of collaborators have been associated with this project, including Chrysalis Rail, Denchi Group, Ballard Fuel Cell Systems, Luxfer, Derby Engineering Unit, Aura and DG8.

Additionally, SNC Lavalin offered design and hazard identifications support, while DB Cargo Crewe was involved with the recommissioning of the unit.

Recently, the HydroFLEX project received funding from Innovate UK through its First Of A Kind competition for the mainline testing of the prototype.

“It’s an exciting advance because it shows how this technology could be adopted into the mainline system to deliver emission-free public transport.”