Hydrogen Cells: How Alstom is Building on the Coradia iLint 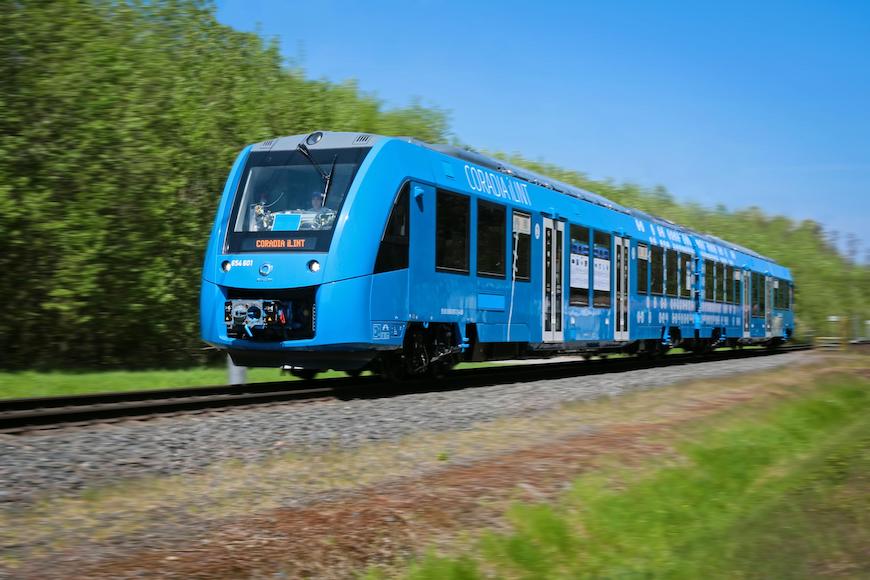 One of the most effective selling points of rail transport, for both passengers and freight, is the lower impact on the environment in comparison with other types of transport.

The capacity for carrying large numbers of people and cargo in a single unit is a major aspect of this, but as governments around the world commit to phasing out diesel before 2050, the fuel which powers the engines of trains has become something the industry must look at. Electric and bi-mode trains are the preferred solution to this question of sustainability. However, these options have some disadvantages so TOCs and suppliers are looking for alternatives.

In response to this debate Alstom Transport has successfully designed and built a train powered by hydrogen cells. After having been presented at InnoTrans 2016, the Coradia iLint was successfully tested in Germany during 2017 and in 2018 received federal approval for passenger services in Lower Saxony. These developments have attracted the attention of other operators and in 2018 the company announced an agreement with Eversholt Rail to introduce a train powered by hydrogen cells to the UK. Alstom will convert the Class 321 electric multiple units in the rolling stock operating company’s portfolio to hydrogen power. The option to convert existing trains to this source of power instead of buying a new model is significant because making the technology more accessible and affordable is a prerequisite for the proliferation of it in the future.

Alstom has been at the forefront of innovation in the rail industry for decades, delivering high-speed rail travel, setting the benchmark in terms of passenger experience and today at the forefront of the digital rail revolution. We’re proud of our record of bringing the latest technologies to market to deliver sustainable mobility solutions. It is crucial that we continue to help the industry adapt and modernise.

With the government having set its sights on 2040 as a deadline by which to decarbonise rail travel, it should therefore come as no surprise that Alstom is leading the charge by bringing hydrogen rail to the UK as a viable alternative to diesel or electrification schemes.

The potential for hydrogen trains is enormous. Nearly a third of all trains in the UK run on diesel, and current levels of emissions are unsustainable and damaging to our environment and health. A particular area of concern to all should be the level of emissions found at railway stations, and the RSSB is currently studying the concentration of nitrogen dioxide and particulates at London King’s Cross and Edinburgh Waverley stations.

The government recognises the need to innovate across the rail industry and develop zero-carbon, sustainable alternatives. The Rail Minister, Jo Johnson, deserves great credit for his challenge earlier this year to the UK rail industry to decarbonise and eliminate diesel-only trains across the next twenty years.

Alstom is already a world leader in sustainable mobility and our award-winning Coradia iLint, the only operational hydrogen train in the world, will shortly be entering regular service in Lower Saxony in Germany. It uses fuel cells which produce electricity by combining hydrogen and oxygen, and the only output is water. The Coradia iLint is a milestone development in the future of rail travel and, alongside mainline electrification, provides passengers with a smoother, quieter and cleaner journey.

We plan to build on our success in Germany by bringing hydrogen rail technology to the UK. In May of this year, we announced our plans, working with Eversholt Rail, to convert Class 321 EMUs to hydrogen operation – upcycling this fleet to be one of Britain’s most advanced types of rolling stock. This will bring skilled jobs to our facility at Widnes, the most sophisticated centre for train modernisation in the UK.

The Class 321 trains that currently run on the Greater Anglia franchise will be converted to hydrogen. The first trains could be ready to enter service as early as 2021–22.

The converted hydrogen trains will have the same or enhanced performance as typical regional DMUs and will be designed to meet operator requirements. They will be quiet and smooth when in operation, benefitting both the passengers and neighbours of the routes they serve.

Converting these Class 321s is just the first step. Across the country, there are a number of routes where electrification might be difficult or not cost-effective, and so providing hydrogen trains as an alternative is a clear solution to the need for zero-emission transport. The proposed route between Oxford and Cambridge is just one of many that could benefit from hydrogen technology.

Our announcement was the first substantive industry response to the government’s challenge to the industry made back in February. We’ve fired the starting gun and have the ambition and experience to lead the industry on this exciting path towards a cleaner, greener future.